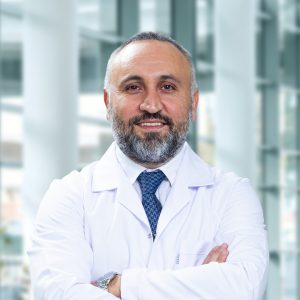 Hasan Erdem (born October 14, 1976, in Turkey / Hatay), also known as Dr. HE, is a Turkish bariatric surgeon and owner of Dr. HE Obesity Clinic. He specializes in general surgery and bariatric surgery. He is performing weight loss surgeries at the contracted hospital. It is claimed that he has performed more than 5 thousand bariatric surgeries in his career. [1]

He had medical education between 1996-2002 at the Istanbul Medical School of Istanbul University. In 2008, Dr. Hasan Erdem completed his specialization in General Surgery at Bezmialem Vakıf Gureba Teaching Hospital in Istanbul. [2]

Dr. Hasan Erdem was granted the title Associate Professor of Obesity and Metabolic Conditions on August 27, 2018. [2]

He has more than five hundred international scientific publications. [3]

The clinic serves patients who come from all over the world for bariatric surgeries.

He was married to Dr. Şerife Erdem. They have three children—his wife gynecologist and obstetrician.

Write your opinion about this topic

GET FREE ASSISTANCE FOR TREATMENT ABROAD